The Camping Park of Vila Fria is geared towards rural leisure, with areas for camping and caravanning, 2 bungalows, with a capacity for 90 people. It has a swimming pool, a playground, hiking trails (PR1 and PR2), bicycles for rent that allow tourists to discover the rich cultural heritage, rurality and scenic beauty existing in its surroundings. Nearby, you can visit the Monastery of St.ª Maria de Pombeiro, a great reference on the Route of the Romanesque. It is suggested that you are a pilgrim from Santiago, following the Torres Trail in Felgueiras, which connects Lixa (Borba de Godim) to Ponte do Arco in Vila Fria, next to the Camping Park.
It has two fully equipped bungalows, with capacity for 2 and 4 people. 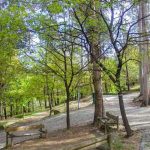 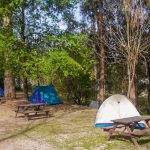 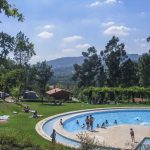 In the vineyards you can smell the terroir and taste excellent wines. Of note at the table is the Cod Felgueiras – a recently created identity dish (which has been part of the diet of the Benedictine monks of Pombeiro since at least 1638; the sponge cake and the Cavaca de Margaride. These suggestions are harmonized with the wines. of excellence produced in Felgueiras, some of which come from biodynamic agriculture.

We suggest to visit the Roman villa of Sendim; the five monuments that make up the Romanesque route, including the Monastery of Pombeiro, one of the largest and most visited references on the route; business tourism roadmap companies (shoe factories, wineries, cookie and margaride embroidery houses); The Leonardo Coimbra House of Culture and the hill and sanctuary of Sainte-Quitérie, which is welcoming more and more tourists.

We use cookies and similar technologies to recognize your repeat visits and preferences, as well as to measure the effectiveness of campaigns and analyze traffic. To learn more about cookies, view our Cookie Policy. By clicking "Accept" or using our site, you consent to the use of cookies unless you have disabled them.
Accept